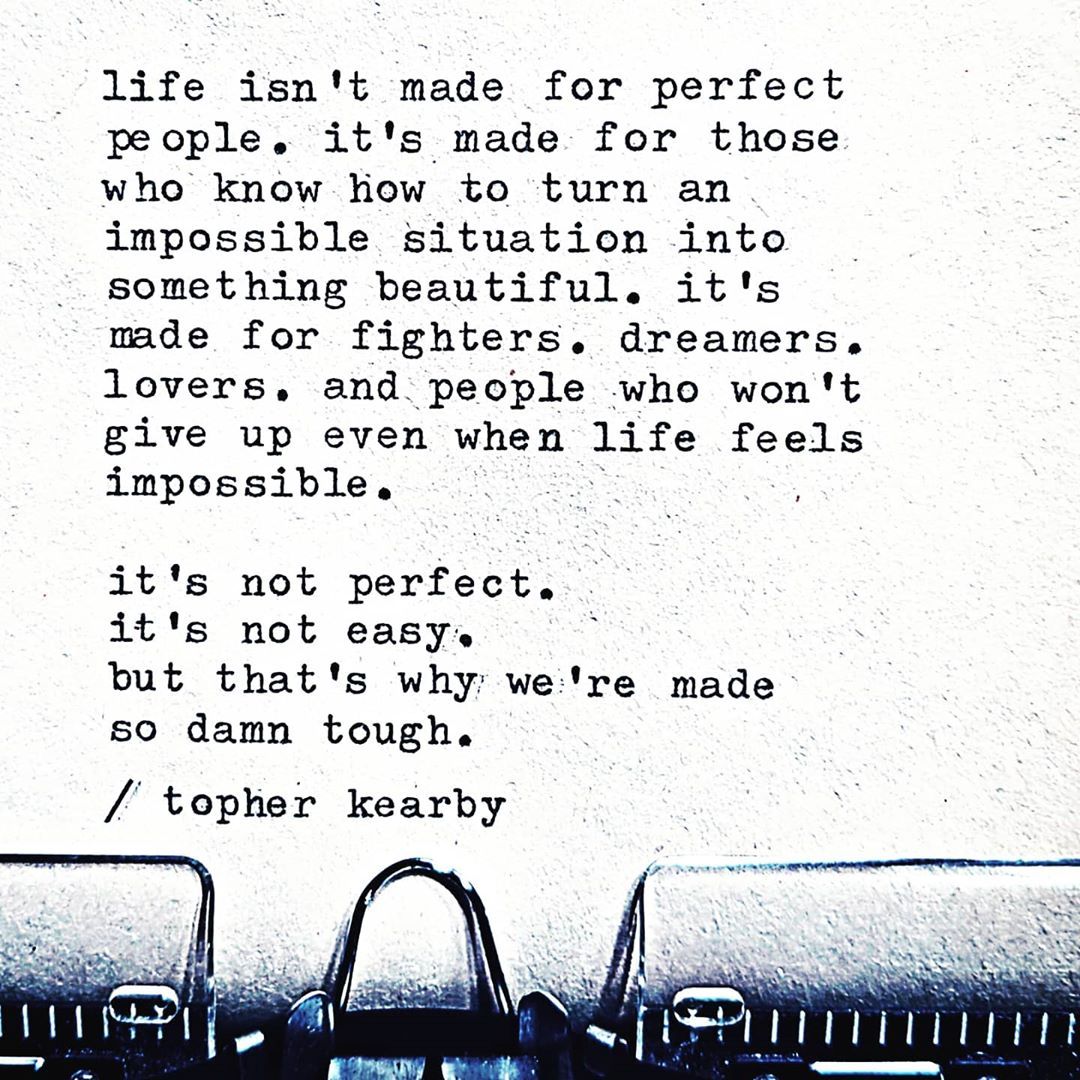 If you’ve arrived at this page before understanding the choices we were faced with, and how we came to elect for our daughter to undergo complex neurosurgery, please visit here first.

Fully understanding what was to happen to our daughter was extremely daunting, explaining it to you, hasn’t been anywhere near as tough!

On the 15th April 2021 Eleanor had her first ever neurosurgical procedure, we use the word ‘first’ loosely because the possibility of more neurosurgical procedures being required in the future is real. The neurosurgery was performed by Mr Bassel Zebian (1), (2) using a pioneering endoscopic transchoroid approach and as we understand it, certainly at the time of writing this, a method currently unique to only two hospitals in Europe, thankfully one of which is at Kings College Hospital in London, UK.

The goal: To achieve more than just a biopsy of Eleanor’s tumour; more precisely it was to be a conservative debulking approach to reduce risks to her in many ways, especially over a full tumour resection. The method: Performing something called transchoroid debulking (partial resection of Eleanor’s optic pathway hypothalamic lesion/tumour) – employing a keyhole (minimally invasive) approach, which involves opening a corridor between 2 ventricles (chambers of fluid) to reach the tumour which is in the third ventricle, obtaining plentiful tissue samples for extensive pathology.

Additionally, recent MRI scans had also shown that Eleanor was potentially beginning to develop early signs of hydrocephalus, so the debulking of the tumour has allowed Cerebral Spinal Fluid to circulate more freely, therefore treating the hydrocephalus. At the same time another procedure was carried out; a Septum Pellucidotomy – essentially a tiny modification of the human design; making a small hole in a membrane in the brain, that will allow for Cerebral Spinal Fluid to also flow between two chambers of the brain if the natural pathways become blocked in the future through tumour growth or scarring. Think of the septum pellucidotomy as a backup route for fluid to flow!

As a result of the procedures, Eleanor was also left with a Rickham reservoir implant (to give you an idea, it has a similar function, but is not exactly the same as what is shown here). This is a routine part of the main procedure and allows for Cerebral Spinal Fluid to be drained should there be a build up in the future. This device can also serve as a way in, for future treatments and or neurosurgical procedures, minimising the chances of doing any further damage to Eleanor’s brain.

Finding the words to explain ‘the way’ this procedure was undertaken, in layman’s terms, was quite hard, but this webpage >Neuroendoscopy< does quite a good job of it. The following toggles go in to a little more detail about the equipment that was used…

Aesculap InVent Endoscope – pushing the boundaries of neurosurgical techniques. The unique large working channel provided additional flexibility and customised instrumentation to expand the possibilities of getting at Eleanor’s tumour. This is advanced neuroendoscopy, featuring a 30º scope/camera with advanced HD optics and resolution. Offering greater flexibility through a larger working channel with 18 uniquely tailored instruments.

Soering Ultrasonic Aspirator – Designed for the neurosurgeon to proceed efficiently and precisely. This device allows an effective solution for full or partial resection of tumours of varying consistency, especially in the vicinity of critical structures.

Medtronic StealthStation AxiEM – A hardware platform that enables real-time surgical navigation using radiological patient images. The application software reformats patient-specific CT or MR images acquired before surgery, or fluoroscopic images acquired during surgery, and displays them on-screen from a variety of perspectives (axial, sagittal, coronal, oblique). Prior to operating, the surgeon may then create, store, and simulate progression along one or more surgical trajectories. As an aid to visualization, the surgeon may also create and manipulate one or more 3D models of the anatomy.

During surgery, the system tracks the position of specialized surgical instruments in or on the patient anatomy and continuously updates the instrument position on these images. If desired, the application software can also show how the actual position and path during surgery relate to the pre-surgical plan, and can help guide the surgeon along the planned trajectory. While the surgeon’s judgement remains the ultimate authority, real-time positional information obtained through the AxiEM System can serve to validate this judgement as well as guide.

At the same time even more equipment was used to monitor Eleanor’s brain function, nerve pathways and her residual eyesight.

Mr Coelho has developed a probe for Mr Zebian that is able to monitor, endoscopically, and stimulate areas of the brain to identify eloquent tissue (functional brain tissue) to avoid whilst resecting. The use of an IONM probe is extremely common, but Kings College Hospital are the only ones to develop a probe and use it fully endoscopically at present!

Along with Mr Bassel Zebian (1), (2), Ms Cristina Birlem Bleil (a fellow Kings College neurosurgeon) and Miss Samantha Hettige (a very well respected neurosurgeon from St George’s Hospital, who had previously consulted us on the option to biopsy), were also in attendance in the operating theatre. Even though we had every faith in Mr Zebian’s abilities, knowing Eleanor was in the presence of some very very skilled people whilst being operated on, gave us a little more comfort, if it is even possible to be comfortable electing for your daughter to have complex neurosurgery!

The surgical procedure went well; Eleanor spent 7 hours in surgery and about 24 hours afterwards in a High Dependency Unit (HDU) recovering, before being transferred to a specialist neurosurgical ward (Lion Ward) at Kings College Hospital. Overall, after only 4 days following complex neurosurgery, Eleanor was discharged to further her recovery at home.

It wasn’t easy on Eleanor, we didn’t expect it to be, she was very scared, it was a big unknown for all of us and nothing we could say could really make it any better for her. Over the first few days following surgery, she had tremendous neck pain which was managed with morphine, this pain soon moved down in to her back and hips, but was manageable with just paracetamol. She has been incredibly tired since, which is improving day by day.

Without belittling what Eleanor has had to go through recently, both of us as parents suffered immeasurably, especially whilst she was in the operating theatre… this has quite possibly been a life affirming, life changing experience for us all. Looking at our daughter recovering in her hospital bed with so many wires and tubes connected to her, also filled us with a sense of guilt; why on earth would we let someone do this to our precious daughter, why would we let someone drill in to her head. We weren’t given much choice. It was heartbreaking, and we really struggled for the first few days of her recovery. As if we weren’t already in awe of Eleanor’s ability to carry on, her spirit and determination totally humbled us, as did that of the other children we crossed paths with on the ward. All the time remembering, we are the lucky ones, we are the parents that still have their child; many we have met along the way have been lost to this awful disease in its many guises.

Pathology – the all important results we need to determine what lies ahead in terms of treatment for Eleanor, possibly targeted inhibitor therapies.

Initial results have confirmed that we have in fact been fighting a Pilocytic Astrocytoma, a Low Grade Glioma (Grade 1), the very same ‘probable’ diagnosis we were given back in 2015. If there is any good news to come out of all this, this is great news… we really haven’t been wasting our time all these years fighting something that isn’t actually that something!

More detailed results are still due; these are detailed molecular results which take longer, and will profile the exact fusion or mutation of the tumour, so we can hunt out those targeted inhibitor treatments/therapies from the pharmaceutical companies who provide them – this may well be a battle in itself. These inhibitors are not available on the NHS so the pharmaceutical companies have to be approached to give these drugs on compassionate grounds, if they are not amenable to that, then we may have to find a way of paying for them ourselves, which will be no mean feat.

The more detailed molecular pathology has now concluded that the tumour is of the ‘fusion’ named KIAA1549-BRAF (also referenced as BRAF-KIAA1549 & KIAA1549:BRAF). Simply put, this is the more common type of fusion found in Pilocytic Astrocytoma Low Grade Glioma Brain Tumours, meaning that there is now a possibility to use existing targeted treatments, and far more potential for new novel targeted treatments to be found in the future. Out of the darkness, this is more good news!

Based on this more detailed molecular information, the team that look after Eleanor’s case at The Royal Marsden are now actively applying for the use of a drug called Trametinib (1), (2) (often marketed, as or referred to as, Mekanist) a MEK Inhibitor – this is where it starts to get not only very scientifically complex, but also complex in terms of accessing such drugs – as if we weren’t already drowning in names and terminology!

As we understand it, Trametinib is not currently available on the NHS as a ‘trial’ drug, so the application for such drugs are complex, lengthy and can sometimes be unsuccessful – the use of such drugs are usually given on compassionate grounds, and this is what we are desperately hoping for in Eleanor’s case.

Time is always a factor and although the Neurosurgical and Oncology teams have confirmed that amazingly, Mr Bassel Zebian (1), (2) had managed to resect about a fifth or around 20% to 25% of Eleanor’s main brain tumour mass; the more time anything takes, the more time her tumour has the potential to recover, and grow back. This roller coaster is far from over.

Read more about Eleanor’s next line of treatment here…